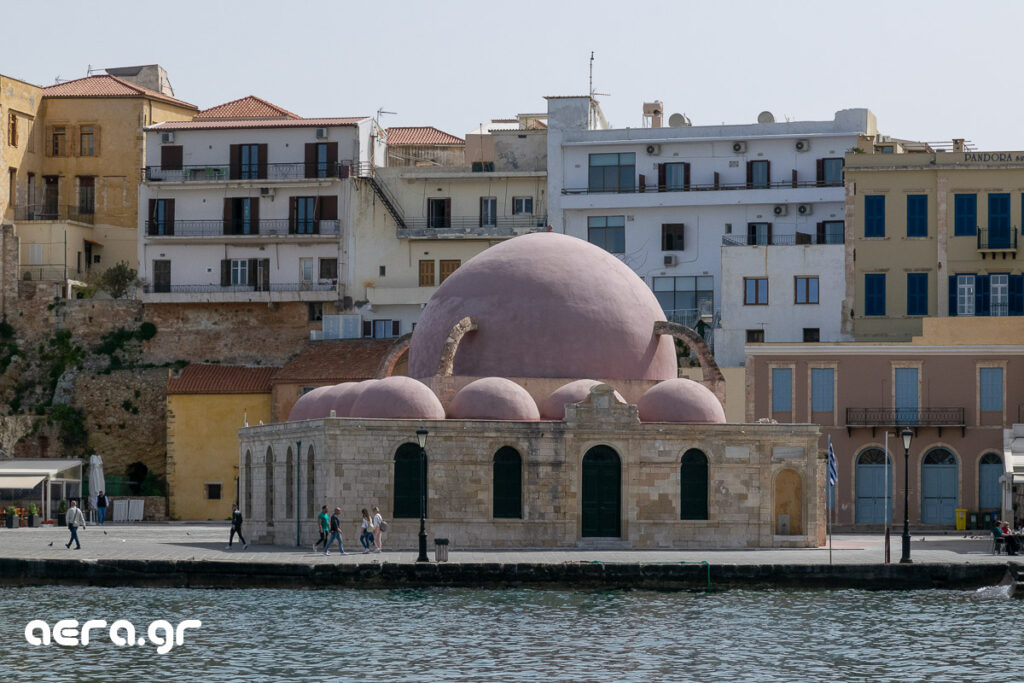 Yali Tzamisi (mosque of the seas) or Tzami Koioutsouk Hassan (in honor of the first Garrison commander of Chania Küçük Hasan) is located in the Venetian port of Chania and is the only one of the mosques in the city that survives today.

Is a cubic structure supported by four stone arches and covered by a huge dome without a drum. It is encircled on the west and north sides by a covered arcade, on the top of which seven tiny domes, likewise without drum, may be seen.

Yali Tzamisi served as a Muslim church until 1923 when the island’s last Muslims evacuated following the population swap. It has been utilized as an Archaeological Museum, a warehouse, and a folk art museum, and now it hosts events and exhibitions.