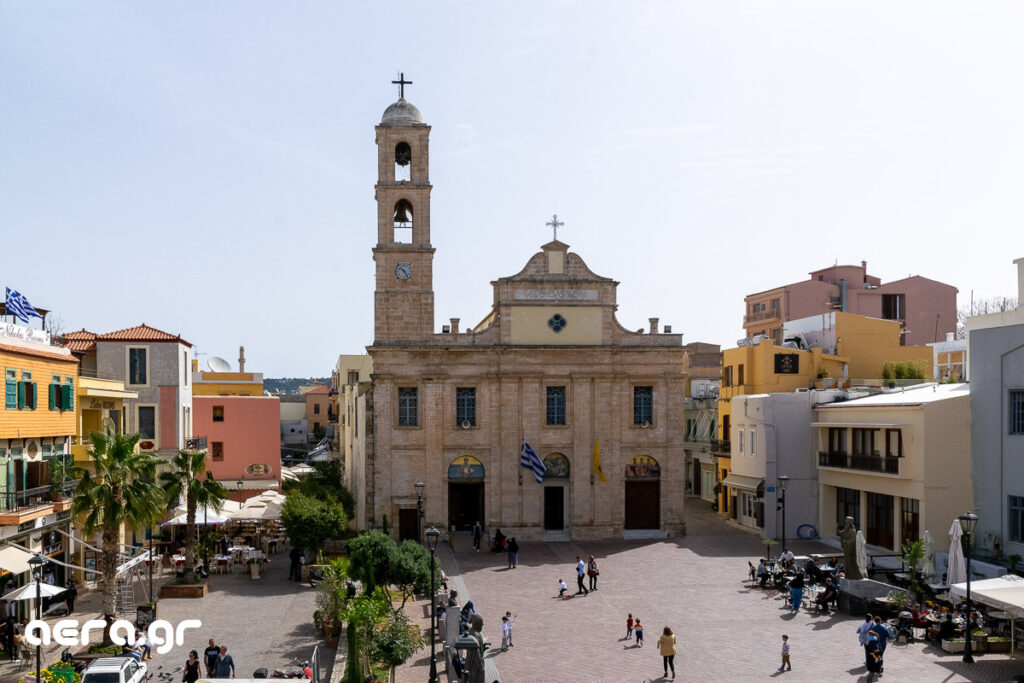 The Chania Cathedral church of the Presentation of the Blessed Virgin Mary (Trimartiri) is located in the middle of Halidon Street in the old town.

The Chania Cathedral was built in the precise location of an ancient temple from the 14th century. During the Ottoman occupation, the Cathedral of Chania was converted into a soap factory.

Today, you can see the belfry, which housed the cauldrons in which the materials for soap manufacture were boiled.

However, with the indulgence of the Turkish Pasha of Chania, there was an image of the Presentation Virgin Mary in a storehouse inside the temple, with a lamp always lit in front of it.

According to folklore, in the mid-nineteenth century, a man named Tserkaris was working at the soap factory when Virgin Mary appeared to him in a vision and instructed him to leave because this was her home, not a location for soap making.

The craftsman walked away, taking the photograph with him. Soon later, Pasha’s youngster fell into the well to the south of the shrine.

In despair, the Turk Pasha begged the Virgin Mary to help him rescue his child, promising to surrender the church to the Christians in exchange.

The infant was rescued from the well, and Turk Pasha followed his promise by beginning building the new church.